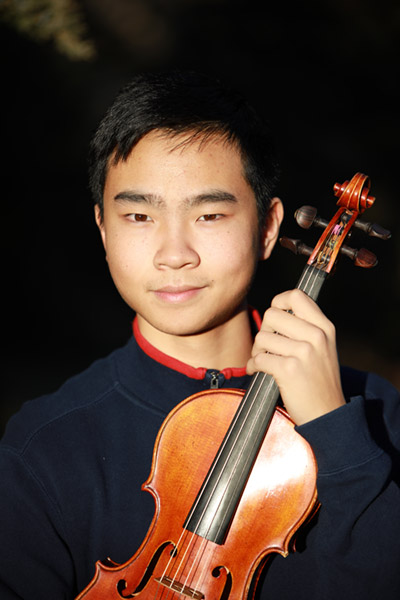 ALLEN ZHANG, Manhattan, is the Overall Winner and Strings Division Winner of the 2017-2018 Young Artist Competition. Allen will perform the first movement of the Violin Concerto in E Minor, Op. 64 by Felix Mendelssohn with the Topeka Symphony on May 5, 2018. Allen moved to Manhattan, Kansas in 2014 with his family. That same year he joined the Gold Orchestra directed by Dr. David Littrell, University Distinguished Professor of Music at Kansas State University. He is a sophomore at Manhattan High School and the son of Tina Yang and Bill Zhang. Allen participated in the 2015 Midwest Music Camp at the University of Kansas where he won the Outstanding Overall String Musician Award and a full scholarship for the subsequent year. He attended the 2016 Nuevo Mundo Festival and Academy in Oranjestad, Aruba, studying under internationally acclaimed musicians Dmitri Berlinsky and Richard Young. Allen was chosen as the state representative at the West Central Division for the 2017 and 2018 MTNA Junior Strings Competition. He was a finalist in the 2017 Kansas City Symphony Young Artist Competition and was the winner of the 2017 Midwest Chamber Ensemble’s Youth Concerto Competition. In the summer of 2017, he studied under James Buswell at the 2017 Vianden International Music Festival and School. Allen was selected as the concertmaster for the 2018 Kansas All-State Orchestra. He is currently the concertmaster of the Manhattan High School Chamber Ensemble. Allen now studies with Ms. Veronique Mathieu, Director of the Division of Strings at the University of Kansas School of Music. Aside from violin, Allen enjoys fishing, robotics, running cross country and he is an Eagle Scout. 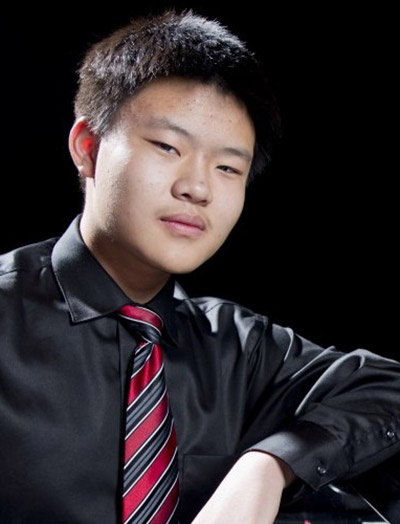 JUNHAO WANG, Lawrence, is the Keyboard Division Winner of the 2017-2018 Young Artist Competition. Junhao lives in Lawrence and is the son of Gang Wang. He is homeschooled and a junior. He performed the first movement of Piano Concerto No. 2 in F Minor, Op. 21 by Frederic Chopin. He has studied piano for 10 years and is currently studying with Dr. Jack Winerock, Professor of Piano at the University of Kansas School of Music. He frequently volunteers to play the piano for several senior centers. He enjoys reading, traveling, studying math and visiting museums. 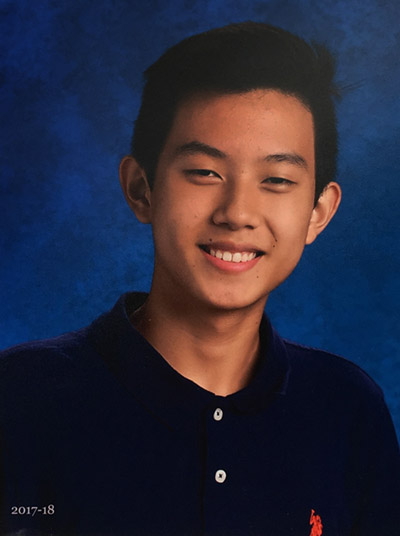 ALEX QIAN, Wichita, is the Winds/Percussion Division Winner of the 2017-2018 Young Artist Competition. He performed the first and second movements of the Concerto in C by Alessandro Marcello. Alex is a sophomore at Wichita Collegiate and the son of Timothy Qian and Nili Luo. He has studied oboe for four years and currently studies with Professor Andrea E. Banke, Principal Oboe of the Wichita Symphony. He plays oboe in the concert band and tenor saxophone in the marching band and jazz band at Wichita Collegiate. He has been the Principal Oboe in the Wichita Youth Symphony for two years, Principal Oboe in the KMEA District Band and State Orchestra and has earned multiple 1’s at All District and State Solo/Ensemble competitions. In 2016 he toured with the Kansas City Youth Symphony in Ireland as Principal Oboe. He won the Junior Division of the South Kansas Symphony Concerto Competition. Alex participates in track, cross country, French Club and Model United Nations. He enjoys playing for worship services at City Life Baptist Church.