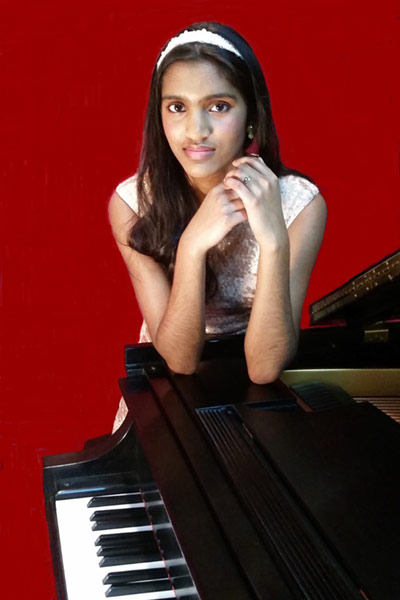 Shwetha Ramachandran is the Overall Winner and the Keyboard Division Winner of the 2016 – 2017 Young Artist Competition. Shwetha will perform the first movement of Piano Concerto No. 1 in E Minor by Frederic Chopin. Born in Overland Park, Shwetha started playing piano at the age of five, studying with Ophelia Gunesekere. From the age of eight, she has been studying piano with Tatiana Ioudenitch at the Young Artists Music Academy. During these years, Shwetha has received many accolades. As the winner of 2016 KCMTA-Heritage Philharmonic Concerto competition, she performed with Heritage Philharmonic. She was the runner-up at the 2016 Midwest Chamber Ensemble concerto competition and was awarded the first place and a special prize for artistry in the senior level category of the Ovation Young Artist Piano Competition in 2015. She has won several awards at the KMTA State Auditions and Mid-American Music Association competitions. In the summer of 2015, Shwetha was selected to attend the Lake Como International Summer Piano School.

An AP Scholar with Honor, Shwetha Ramachandran is a junior at Blue Valley North High School. She is co-founder and president of Project READ, a club that assists inner city students with academics. She is a student ambassador and member of her school choir, National, Science, & Math Honor Societies, Varsity Scholars Bowl, and Latin Club. Ramachandran is also training to be a Carnatic (South Indian Classical) music vocalist. 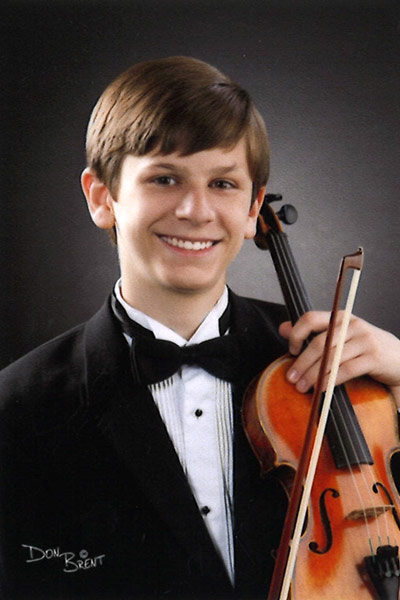 Peter is an Eagle Scout. He loves theater at Topeka High School, having been in two plays and a musical so far. Peter participates in Topeka High Scholars Bowl, plays tennis, and is a member of First Lutheran Church. 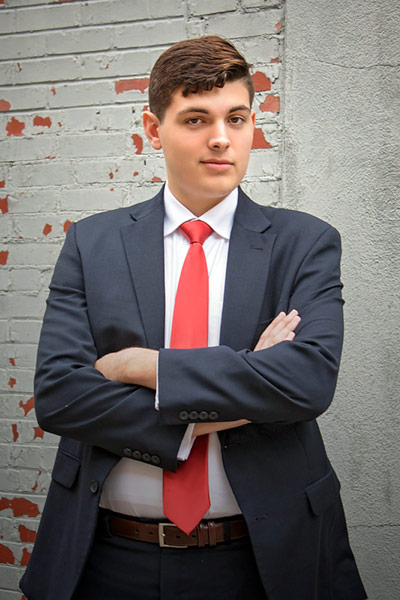 Kolby Van Camp, Topeka, is the Voice Division Winner of the 2016 – 2017 Young Artist Competition. Kolby performed “Why do the nations so furiously rage?” from The Messiah by G.F. Handel, and “It is enough! O Lord now take away my life” from Elijah by Felix Mendelssohn. Kolby has received several honors including participation in the Kansas Choral Directors Association All State Men’s Honor Choir and the American Choral Director’s Association National High School Mixed Honor Choir. Kolby has toured nationally and internationally with the Lawrence Children’s Choir and Allegro Choirs of Kansas City, and has been a Grand Prize winner in the American Fine Arts Festival.

Kolby has performed in the Mormon Tabernacle with the 2015 ACDA National Honor Choir, Carnegie Hall with the Lawrence Children’s Choir, and in Italy with Spirito — Allegro Choirs of Kansas City’s premiere all men’s ensemble. In taking a first place Grand Prize with the American Fine Arts Festival, Kolby made his solo debut in New York City at Weill Recital Hall.

Homeschooled his entire life, Kolby sings with Deo Gloria, a premiere homeschool ensemble from Cornerstone Family Schools in Topeka. He has participated in the American Association of Christian Schools national fine arts competition and is the current national champion in the Male Vocal Solo category. Kolby will graduate in May and plans to study Music Education, ultimately leading to teaching and conducting choral music at the collegiate level. 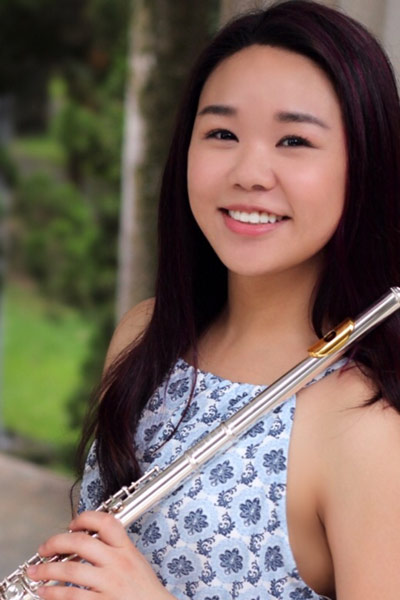 Lillian Wen, Topeka, is the Winds/Percussion Division Winner of the 2016 – 2017 Young Artists Competition. Lillian performed A Night Piece for Flute by Arthur Foote. Lillian began studying flute at the age of 12. She has been selected for the KMEA All District Band and the KMEA All State Band/Orchestra for all three years, and has been principal flutist at All State Orchestra for two years. She participated in district and state Solo and Ensemble Festival, consistently earning top scores. Lillian served as principal flutist in the Prairie Winds Festival and performed with the Sunflower Music Festival Woodwind Quintet. Lillian was principal flute of the Youth Symphony of Kansas City for two years, and performed with this ensemble at the 2014 Midwest Clinic in Chicago. She leads the Washburn Rural High School Wind Ensemble, jazz combo, and pit orchestra as first chair. Lillian is a member of the National Honor Society, a National Merit Commended Scholar, the 6A Forensics state champion of informative speaking, maintains a 4.5 GPA, and has been recognized as a Kansas Honors Scholar. She teaches karate to underprivileged families, volunteers at the hospital, and performs at retirement communities locally and in Taiwan. Lillian enjoys skateboarding, ceramics, playing melodica, ukulele, and learning new languages.