The mission of the Topeka Symphony Society is to encourage and cultivate appreciation and support for fine music in northeast Kansas by presenting performances of high quality and by providing educational and performance opportunities for youth.

The Topeka Symphony is proud to offer its patrons many different options for purchasing tickets. Learn more…

How to Order Tickets:

Tickets may be purchased at the site of the performance one hour prior to the concert. 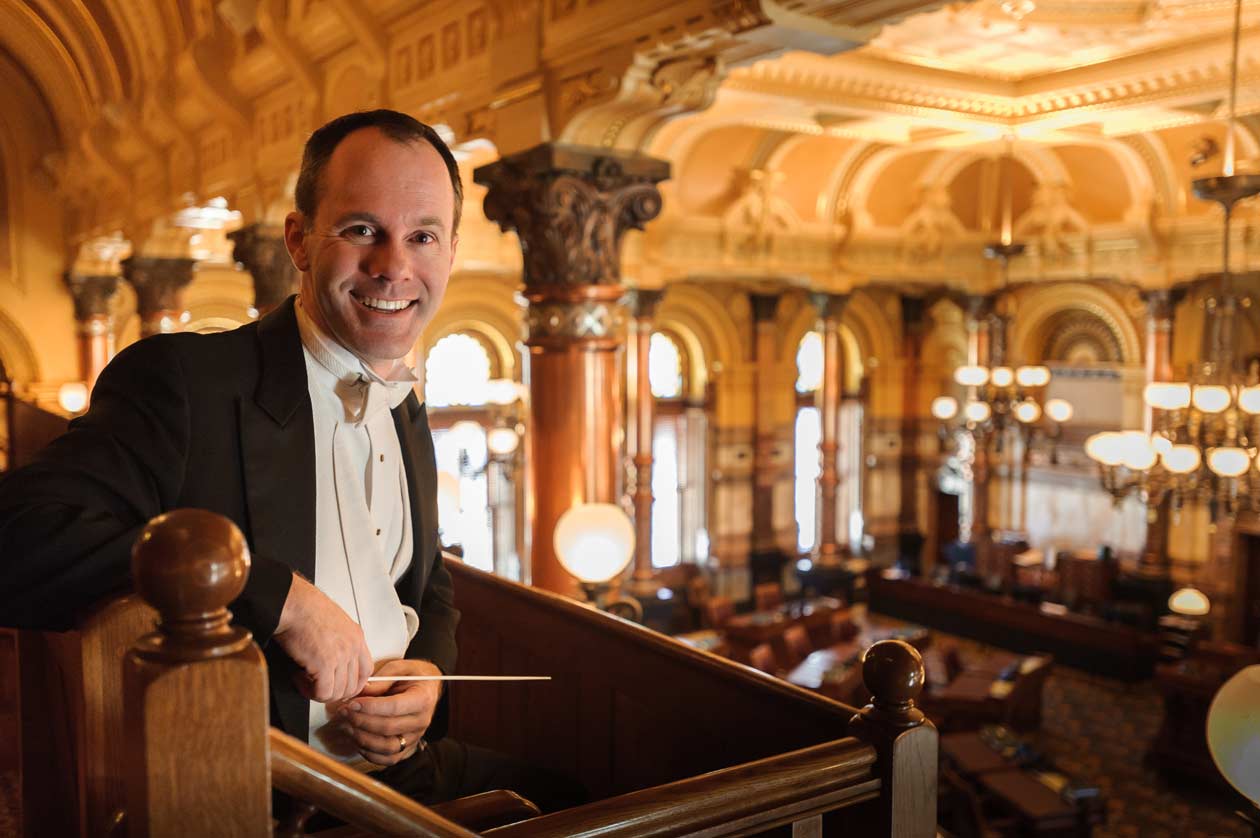 In the first decade of his career, Kyle Wiley Pickett has established himself as a true triple-threat music director: a talented and visionary musician who has earned the respect of players, soloists, boards, and audiences, an ambitious fund-raiser with an impressive track record of orchestra building, and a charismatic cultural leader in the communities he serves.

As a dedicated pioneer in innovative family concerts and community outreach, Pickett commissioned a new multimedia children’s symphony concert with award-winning family musician Dr. Noize—aka Cory Cullinan, Pickett’s fellow Stanford alum—titled Dr. Noize Crashes the Symphony. This funny and unorthodox introduction to orchestral music breaks new ground in audience participation and was premiered by the North State Symphony under Pickett’s baton in 2012. Pickett and Cullinan travel to the Czech Republic in the fall of 2014 to record the new work with the City of Prague Symphony.

Pickett has conducted at the Montana Ballet Company for the last four years and has been a guest conductor with the Bozeman Symphony Orchestra for multiple concerts. Other recent guest conducting engagements include concerts with the York Symphony in Pennsylvania, the Rogue Valley Symphony in Oregon, the Guanajuato Symphony in Mexico, the University of Delaware Symphony and several concerts with the Santa Rosa Symphony. Pickett conducts musical theatre and opera, as well, including recent performances of Sweeney Todd, Oklahoma!, Little Shop of Horrors, The Music Man, Dirty Rotten Scoundrels, L’Enfant et les Sortileges, A Little Night Music, South Pacific, Evita, Jesus Christ Superstar, Carmen, My Fair Lady, Will Rodgers’ Follies, Into the Woods, Crazy for You, The Pajama Game, Man of La Mancha, and many others.

A native of Los Gatos, California, Kyle Pickett holds a Bachelor’s degree in music from Stanford University and a Master’s degree in choral conducting from the California State University, Chico, where he studied with William Ramsay. His Doctorate of Musical Arts degree in orchestral conducting was conferred by the Peabody Conservatory in Baltimore under the direction of Frederik Prausnitz. Pickett is also an accomplished flutist whose teachers include Frances Blaisdell, the first woman to attend Juilliard and play in the New York Philharmonic, and Robert Willoughby.

Kyle Pickett and his wife, Alice, an actress and theatre director, and their two young sons split their time between Springfield and Topeka. He and his family are all avid waterskiers and Kyle competes in tournament slalom events.