The Youth Symphony was formed in 1957. The goal was to provide educational and performance opportunities for youth in Topeka and Northeast Kansas and to encourage talented young musicians to pursue their musical interests. 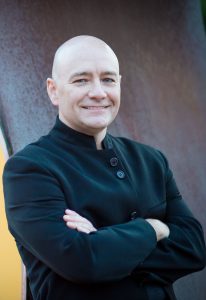 SILAS NATHANIEL HUFF is the Director of Orchestras at Washburn University (KS), Commander & Conductor of the Air Guard Band of the West Coast (CA), Music Director of the Colorado Pops Orchestra, and Co-Director of the International Conducting Institute, and organization dedicated to training the next generation of conductors. He has conducted concerts across America, Europe, and Asia. Maestro Huff’s past positions include Music Director of the Astoria Symphony Orchestra (NYC), University of Colorado Boulder Campus Orchestra, Boulder Concert Band, U.S. Army Orchestra (DC), and Round Rock Symphony Orchestra (TX); Assistant Conductor of the Boulder Philharmonic (CO) and Williamsburg Symphony Orchestra (VA), Conductor of Moscow Ballet’s U.S.A. east coast tours, and Associate Producer of Opera at the Manhattan School of Music. As a U.S. Army Music Officer, he conducted concerts at the White House, U.S. Capitol, Arlington National Cemetery, Pentagon, and other important monuments and landmarks in Washington, D.C., on tour for audiences numbering in the thousands, and in recordings and broadcasts that were seen by millions of viewers. As an Air Force Band Officer, Major Huff is now responsible for musical support of the Air National Guard and the citizens of California, Idaho, Montana, Nevada, Oregon, Utah, and Wyoming.