The Topeka Symphony Youth Orchestra convened for the first time in 1957 under the sponsorship of the Topeka Symphony Society and led by Mr. Robert Hallman. Its mission is to provide young musicians the opportunity to play in a symphony orchestra with their peers from high schools throughout northeast Kansas. Directed by Dr. Ramiro Miranda, the orchestra today consists of student musicians from the Topeka area and across northeast Kansas. 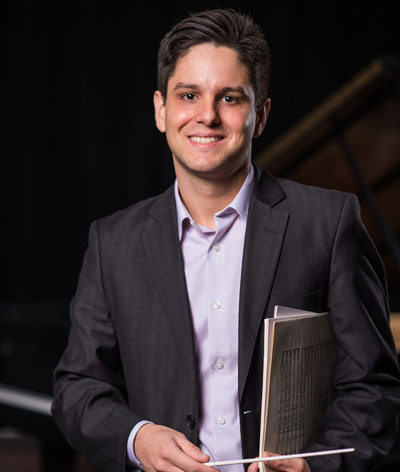 Dr. Ramiro Miranda is associate professor at Emporia State University, where he teaches upper strings and conducts the Emporia Symphony Orchestra and the ESU Chamber Orchestra. He has conducted several orchestras at the collegiate level including the University of Missouri-Kansas City Opera program and numerous academic orchestras in the United States and Latin America. He is a guest conductor of the Midwest Chamber Ensemble in Kansas City, as well as the Asuncion City Symphony Orchestra and Camerata Miranda in Paraguay. In addition, Dr. Miranda appears regularly as a clinician at high school music programs in the United States. He was assistant conductor of Colorado MahlerFest XXVII, and has participated in several conducting and orchestral performance workshops in the United States, Brazil, Argentina, Spain, and France.

As a violinist and chamber musician, Dr. Miranda has given solo recitals in the United States, Latin America, and China. He is a member of the Wichita Collaborative String Quartet where he performs a wide variety of styles, including jazz and avant-garde.